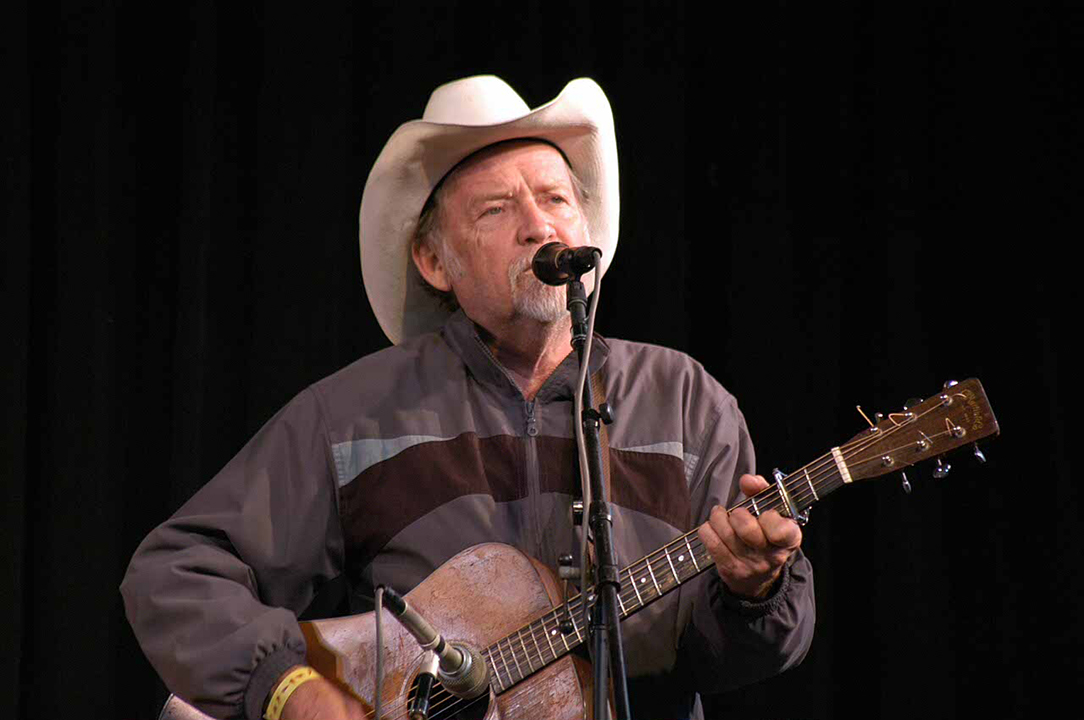 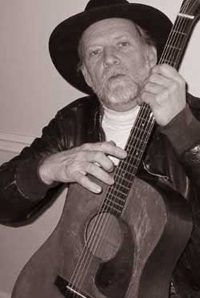 Don Humphries: A Passion for Songwriting

Don Humphries has never been really aggressive about pitching his songs. In spite of that, there are a whole lot of songwriters that would be envious of his accomplishments. His songs have been recorded by Del McCoury, The Nashville Bluegrass Band, and Patty Loveless.

The first song selected for airplay from Loveless’ bluegrass CD “Mountain Soul”, was the Humphries’ original “The Boys Are Back In Town” (co-written with Stuart Duncan and Pat Enright). In addition to the single release, an accompanying video was produced that has received considerable airplay on Country Music Television.

Known primarily for his songwriting, Don is also an accomplished guitar player. Born in Asheville, N.C., in 1944, his first inspiration came from his father, Lester. Don took up the guitar at age 10 after being intrigued by his dad’s flatpicking style on songs like “Deep Elam Blues” and “The Boll Weevil Song”. Don credits his mother, Annie Belle with influencing his writing. “She used to read poetry to me. People like Robert Service and Ogden Nash. I was really captivated by it. I started writing poems when I was about 13 and then short stories. I guess I wrote my first song when I was about 15.”

At age 17, Don was further inspired when he met a local fingerpicking guitar player named Herman Fox. “Herman played with a thumbpick and his bare fingers. He turned me on to Chet Atkins and Merle Travis. Herman was really instrumental in my development as a guitar player.” Humphries’ introduction to bluegrass came during a two year stint in the Navy (1962-64). While serving on the U.S.S. Dyess (a destroyer out of Charleston, S.C.), Don met a sailor named Byran Warner. “I used to take my guitar down to the boiler room, one of the few places on board where there was enough room to play. Byran had the “Foggy Mountain Banjo” album. I had never heard anything like that in my life.”

Following his discharge from the Navy, Humphries’ got a first hand introduction to bluegrass when he met banjo virtuoso Tom McKinney at the Mountain Dance and Folk Festival in Asheville. “We each played solo at the festival on Friday night and met for the first time backstage at the end of the evening. On Saturday night we played on stage together.” Thus began a musical relationship that would last for several years. Shortly thereafter, the band “Don and Tom and Co.” was formed. This band featured Humphries (guitar and vocals), McKinney (banjo and vocals), Larry Holcombe (guitar) and Gene Dilllard (bass). “We had a great time with that band. McKinney was (and still is) as good a Scruggs style banjo player as I have ever heard. He taught me a bunch.”

Around 1965, Don met local bluegrass legend (and 1970’s Bluegrass Boy) Ralph Lewis. In 1967, Humphries joined Lewis’ band “The Piney Mountain Boys” which featured Lewis (mandolin and vocals), Humphries (guitar and vocals), Larry Holcombe (guitar) and Arvil Freeman (fiddle). The bass duties were shared by Neal Clark and Gene Dillard. The band had four (4) different banjo players during Don’s tenure and the list read like a “who’s who” on the instrument; Bucky Hanks, Tom McKinney, Marc Pruett and Steve Sutton. “Ralph and Arvil taught me so much about the nuances of bluegrass music. It was sort of like getting a graduate degree in bluegrass.” Humphries added; “Those times were really fun. Larry Holcombe and I were going to a bunch of festivals and everyone was just so much more accessible. Bill Monroe and Don Reno would be picking in the parking lot.” Unfortunately, the only recording done by the Piney Mountain Boys was a 45 rpm with two cuts; John Fogerty’s “Proud Mary” and Jake Landers’ “My Last Request“. When Arvil Freeman was unable to make the trip to Nashville to participate in the project, Vassar Clements filled in on fiddle.

Don really started to focus on writing bluegrass songs while playing with the Piney Mountain Boys. Around 1969, he wrote “The Ghost of Eli Renfro” which was first recorded by Rual Yarbrough. This is certainly one of Humphries’ most popular songs and has also been recorded by Del McCoury, The Nashville Bluegrass Band and The Shenandoah Cut Ups. Other songs written during this period include “Quiet Grave” and “Blackbirds and Crows“.

In 1974, Humphries decided he needed a change of scenery and relocated to Northern California where he continued to play music informally. In 1976, he teamed up with dobro player Tut Taylor and the two traveled briefly together. Don’s original song “Flat Pickin Dobro Man” was written for Taylor. Following their performance at the National Flatpicking Festival in Winfield, Kansas (which resulted in their inclusion on an album featuring event headliners), Don returned to California and formed “The Done Gone Band”. This band featured an all star line up of West Coast musicians that included Ed Neff (fiddle and vocals), Tom Bekeny (mandolin and vocals), Mark Hogan (banjo and vocals), Steve Pottier (bass) and Humphries (guitar, vocals and “front man”). The Done Gone Band stayed together for four years. During this time they were mainstays at the famous San Francisco bluegrass venue Paul’s Saloon. Don’s writing really progressed when he was with The Done Gone Band and five of his original songs were included on their lone album. Some of the songs written during this time include; “Carolina Bound”, “Idaho Sands”, “Red”, “Answer The Call”, “Take Me With You To The Mountains” and “New Angel Band” (a poignant tribute to Carter Stanley). Don has particularly fond memories of The Done Gone Band. “We worked extremely hard during that period and developed a nice, tight sound. That was the hardest, but most enjoyable four years of my life.”

With the exception of a two year stay in the Topeka, Kansas area, Don has resided in Asheville since 1980. He has played in a number of rock bands, bluegrass groups and even spent a good bit of time on the highly competitive singer-songwriter circuit. His passion, however, has continued to be his songwriting. In a recent interview, Don shared some of his ideas about the trade. “I really like to write story telling songs. If they don’t tell a story, they should at least create a good image. Melodies are very important too. The trick is to find a catchy, but simple melody that doesn’t sound like someone else’s song. That can be a real challenge.” Humphries, who is known for his slightly sarcastic wit, adds; “Oh yeah, make sure there’s a lot of hot licks to cover up for the weak lyrics.”

When we discussed the process of writing songs, he said; “Like most writers, I’m constantly searching for ideas. I carry a notebook, certainly not a novel approach, and if something comes to me I’ll stop and write it down.” When I asked how long it normally takes to write a song he replied; “It just depends. Some of them come in just a couple of sittings, others don’t. You also have to know when a song isn’t going anywhere. Just because you wrote some words down on a piece of paper, doesn’t mean it’s anything special. John Hartford always said that he played his songs for the audience and let them decide if they were any good. I’d say that’s pretty good advice.” When we talked about songwriting influences, Don remarked “Well, as far as bluegrass writers are concerned, Damon Black and Pete Goble were very influential. I was certainly inspired by writers from other musical genres, but as far as bluegrass goes, those two guys are excellent.”

After five decades of songwriting, Don Humphries is continuing to hone his craft. There is no question that the Patty Loveless recording of “The Boys Are Back In Town” has given his career a real boost. He recently recorded a demo CD of original songs at Jerry Brown’s Rubber Room Studio in Chapel Hill, N.C. He performs on occasion with Greenville, S.C., banjo ace Al Osteen and his wife Becky. When possible, he takes great pleasure in playing with his son John, an excellent guitar and mandolin player. If the past is any indication of the future, you can bet that this guy will continue to play music and write some great songs.